(Update : Ultrasn0w 1.2 is now available for download in Cydia.) Apple yesterday released iPhone OS 3.0, which is now available as a download on iTunes. All those who are currently using a jailbroken iPhone should wait for the dev team to release new set jailbreak tools. The iPhone 3G unlock tool Yellosn0w has been renamed to Ultrasn0w, and dev team released a video confirming iPhone OS 3.0 unlock with Ultrasn0w. We need to jailbreak iPhone before unlocking with Ultrasn0w. The dev team had earlier confirmed that they would release jailbreak tools after official iPhone 3.0 release. And as firmware 3.0 is already released we expect a compatible QuickPWN or Pwnagetool version in 2-3 days. After jailbreaking iPhone OS 3.0, we will be able to unlock iPhone 3G with Ultrasn0w. Many developers had jailbroken iPhone 3G with OS 3.0 for installing unofficial app testing. But for unlocking, we need to download Ultrasn0w, which will be available tomorrow.

What is the difference between jailbreak and unlock :

There are so many unofficial applications, which are not available in iPhone app store and, which are not supported on iPhone 3G. To unlock iPhone 3G we need to install unverified tools like Ultrasn0w. And for installing unofficial apps, first we need to jailbreak iphone with QuickPWN or Pwnagetool. Unlocked iphone can be used with any carrier. Pwnagetool is Windows only. QuickPWN 3.0 is available for Mac and Windows.
We will soon post download links for QuickPwn 3.0, updated Pwnagetool 30 and Ultrasn0w. Jailbreaks use baseband weaknesses in iPhone 3G, and Apple fixes corresponding issues after each update. Current version of QuickPwn and Pwnagetool were kept under secret to prevent apple from a releasing a fix in OS 3.0 final itself. So upcoming version of QuickPwn, Pwnagetool and Ultrasn0w will be capable of iPhone OS 3.0 unlock/jailbreak until the next apple fix. 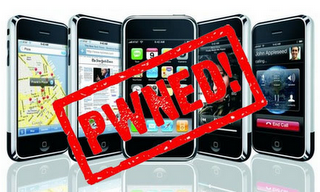