Panda cloud antivirus is one of the first antivirus system based to new cloud computing technology . We have earlier discussed about a desktop version of Panda Internet security 2009 . Being on desktop it affects the performance of the system by using system memory and other resources . Panda cloud antivirus scans the client machines from web . That is, its an online virus scanner that connects a computer to Panda labs antivirus servers and works in background to scan and remove threats . This approach dramatically improve system performance and the user won’t notice that there is antivirus software running in his machine.Download Panda cloud antivirus . 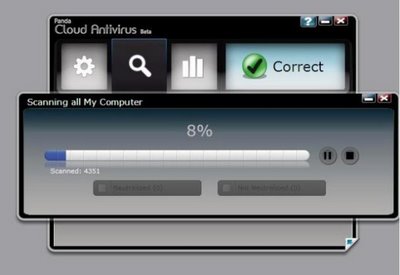