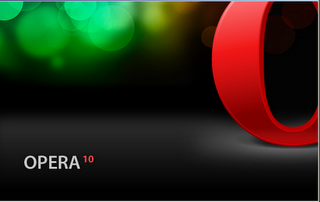 Opera software ASA today announced the final version of Opera browser 10 for Windows . We earlier covered the features of Opera 10 . At a glance the final version of Opera 10 include a redesigned user interface ,Opera Turbo ,expandable tabs ,developer tools , automatic updates , more languages ,new web standards support , and in-built spell checker .Opera 10 final is near 6.6 MB for full download . The browser is really fast companion for those who are on dial up internet . The opera turbo feature that can be enabled from the left bottom of browser window compresses files before they are arrived on user desktop . The quality of the images and text will be slightly lower , but you will see a faster page load time . 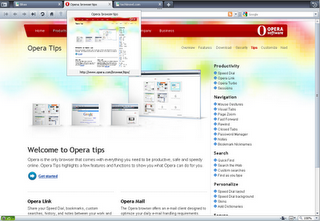 The final version of Opera 10 omits promised faster Carakan JavaScript engine included in Opera 10 Alpha version . But we expect it be available as an update to Opera 10, later . With latest user analyzes Internet explorer and Firefox leads the browser market with Safari and Chrome just behind them .Though Opera is only at potion 5 they enjoy major share in few countries .