After a long lasting developer level beta testing and upgrades, Mac OS X 10.5.7 is all set to be released on tomorrow. Mac OS X 10.5.7 was first entered into the testing phase on February of this year and since then it had different bug fixes and improvements. This would be the final update to Mac OS X Leopard 10.5, before the launch of OS X 10.6 Snow Leopard, which is expected to be introduced at WWDC on June. 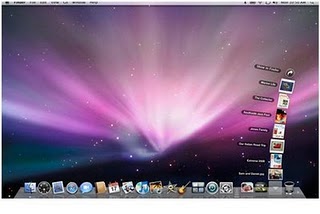 Update: Mac OS 10.6.6 has been released. You can download it using the software updater application in your Mac or from Apple website, here. Subscribe to our newsletter for more Mac OS related news. Thanks!!